We’ve been doing maintenance on the S54 VANOS system for quite a few years now so we’ve seen the different ways in which these systems can fail. We thought we would take some time to illustrate what we do at the shop to go through the VANOS system and take care of other maintenance and reliability issues common to the S54 engine at the same time.

There are two ways that the VANOS and cam system can lead to catastrophic failure of an S54 engine. The first is the common exhaust hub sprocket teeth shearing off sending large metal particles through the engine. The second, which is always devastating, is if the stock factory camshaft bolts loosen or shear. When either of these happens you risk having to completely rebuilt the engine. 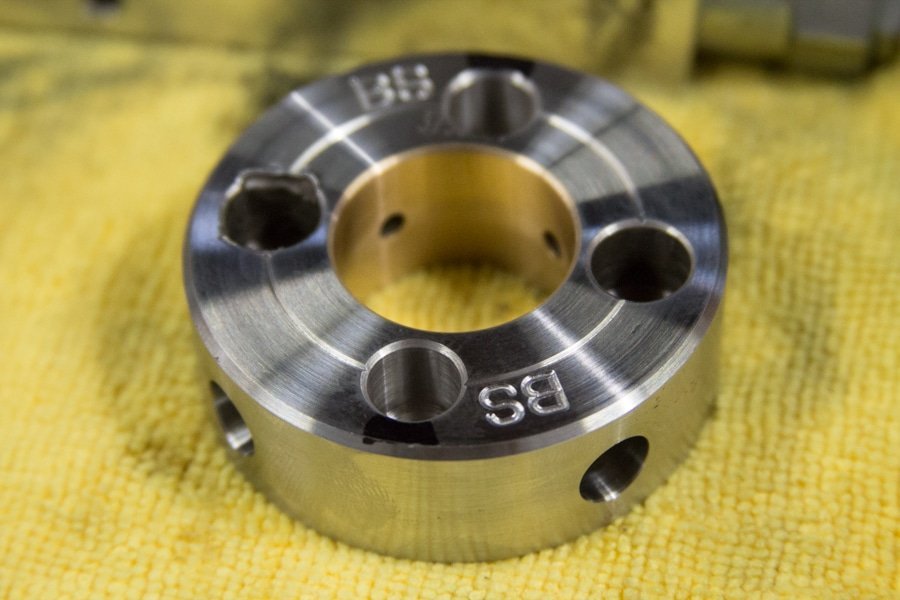 The other failures are less catastrophic but will still leave the engine with faults, reduced power, and a SES light. The internal VANOS seals can eventually develop leaks. This shows up as slow response times or leakage when the car is put through the “VANOS Test” on any diagnostic computer. The other major failure is the solenoid pack failure, which can cause the camshafts to stop moving completely or just cause intermittent VANOS test failure. For this reason we usually run the VANOS test 3-4 times when diagnosing VANOS issues. Lastly, the sealing plate o-rings also eventually become hard and begin to leak.

For the last several years we have trusted the Beisan Systems products to repair VANOS units in house and have had a 100% success rate in repairing and servicing VANOS units using these products. While the products are very helpful it’s also important to realize that some of the work involved in VANOS repair can be quite complicated and our experience benefits us a lot here. About half of the work we do, is to repair work done by other repair shops or owners attempting to “DIY” this work. While many owners successfully tackle this project on their own, if you are local we encourage you to give us a call for an estimate. Our special tools and equipment allow us to do a very good job on this repair while also doing some additional work that even other BMW specialists aren’t aware of. 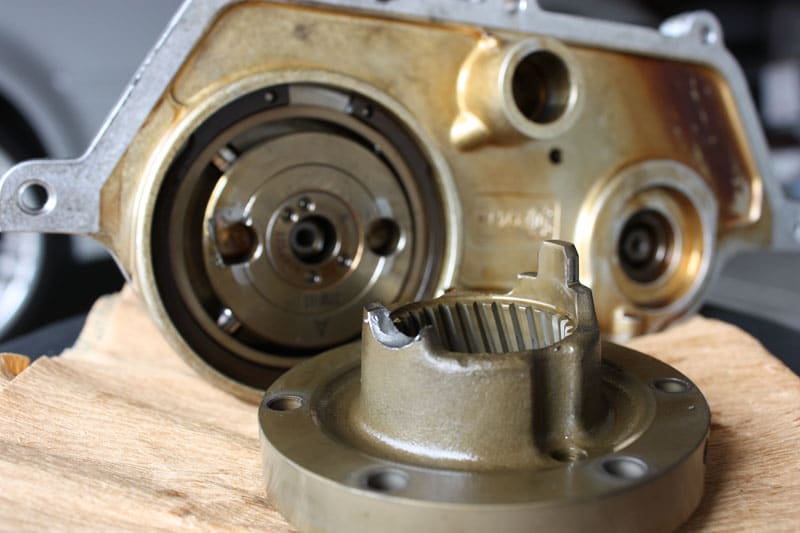 The process we use starts with removing the valve cover and inspecting the valve train for any obvious problems. Typically we inspect the camshaft lobes and do a quick valve clearance check to make sure we don’t have any serious failures. On occasion high milage S54’s have been seen to have rocker arm/camshaft failure. Sometimes the ticking noise this generates can be misdiagnosed by owners as a VANOS problem. Once that is done we remove the VANOS unit and all its accessories. With the VANOS unit off we replace the camshaft bolts with our own S54 cam bolt repair kit. As important as the hardware we use is the loctite we use. It is crucial that high temperature high strength loctite be used on the inner camshaft bolts to keep them from loosening. 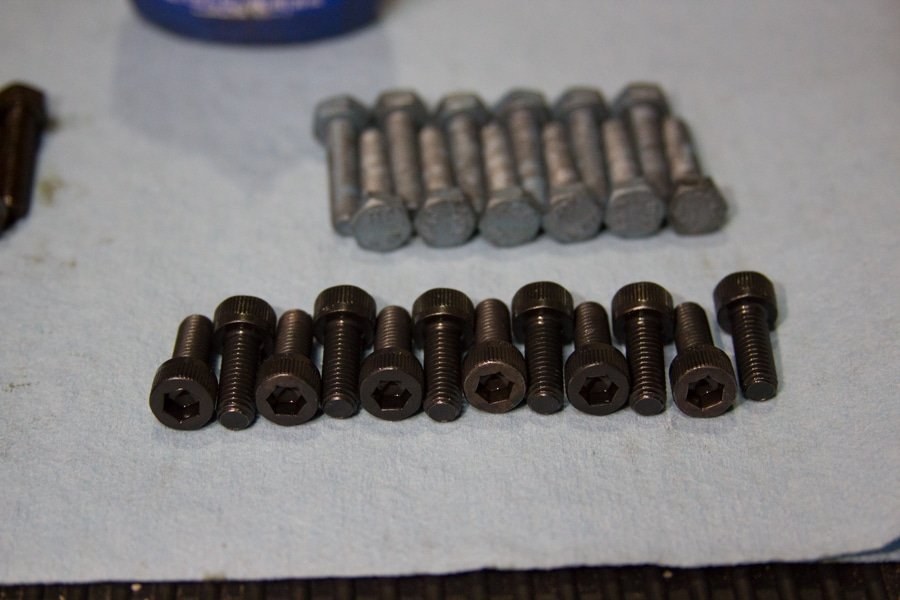 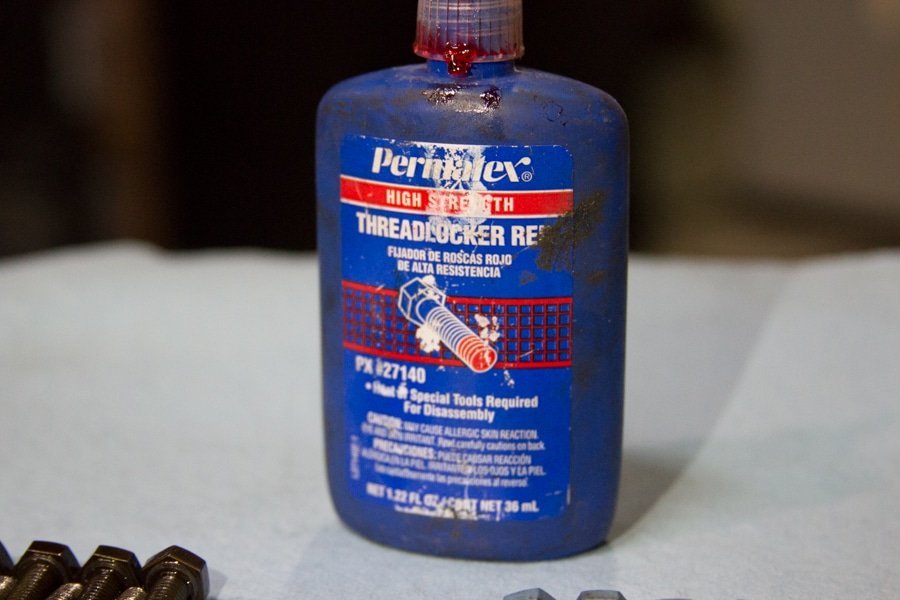 
Once the cam gear bolts have been replaced the cam gears are replaced and the outer VANOS hubs are installed for both the intake and exhaust. At this point we will usually replace the upper right timing chain guide rail. The part is cheap but it is very hard to replace this part without having the VANOS unit completely removed. While all the other guide rails in the S54 seem to last quite a long time, we’ve seen this guide rail wear prematurely and send cracked pieces of hard plastic through the engine. This can be a problem so we always replace this unit even if the engine only has 20k miles on it. The part is inexpensive and easy to do while we are there. 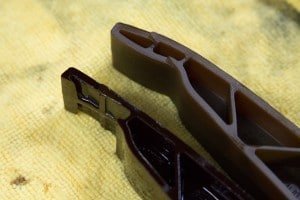 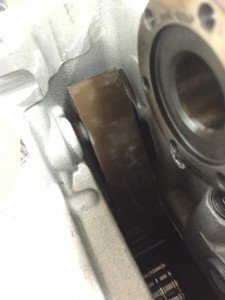 The next part of the Beisan Systems maintenance protocol is something we’ve started to consider fairly optional for customers. This is the anti-rattle kit installation into the VANOS sprockets. We add just an hour to our labor charges for doing this portion of the job. 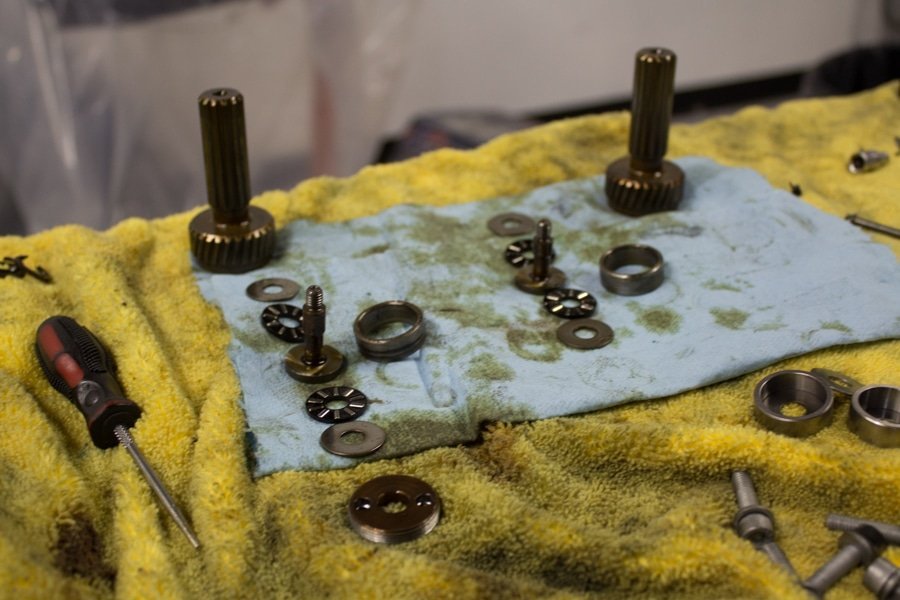 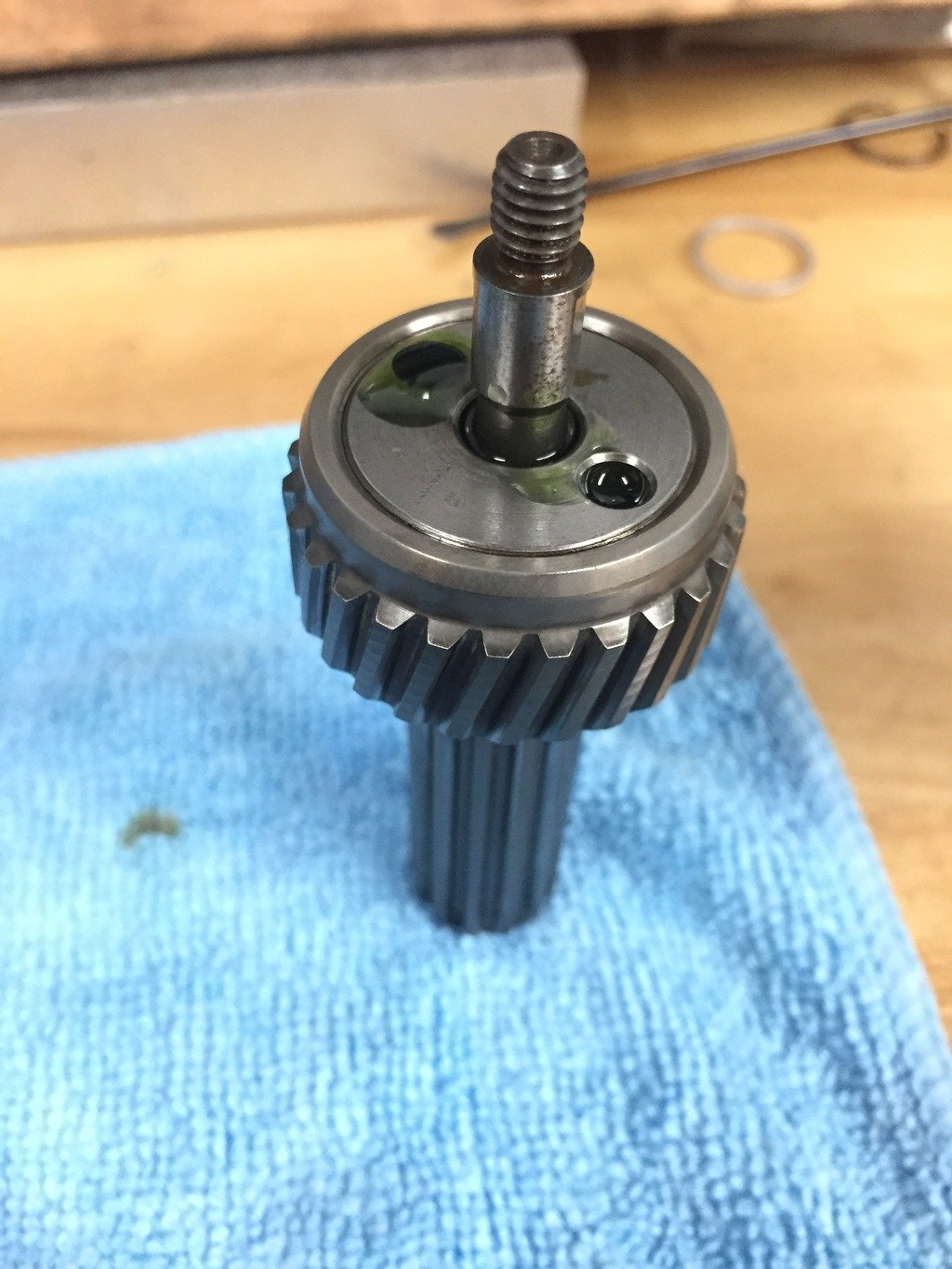 While doing this work we will have already taken the VANOS unit apart, separated the oil pump disk and removed the internal seals in the unit. We thoroughly clean the VANOS unit after disassembly and go even further by letting it spend an hour in our heated ultrasonic cleaner to remove all internal oil residue and carbon build up. This is something that just can’t be done with parts cleaning spray. Along with the unit we also ultrasonic clean the other internal vanos parts as seen below. 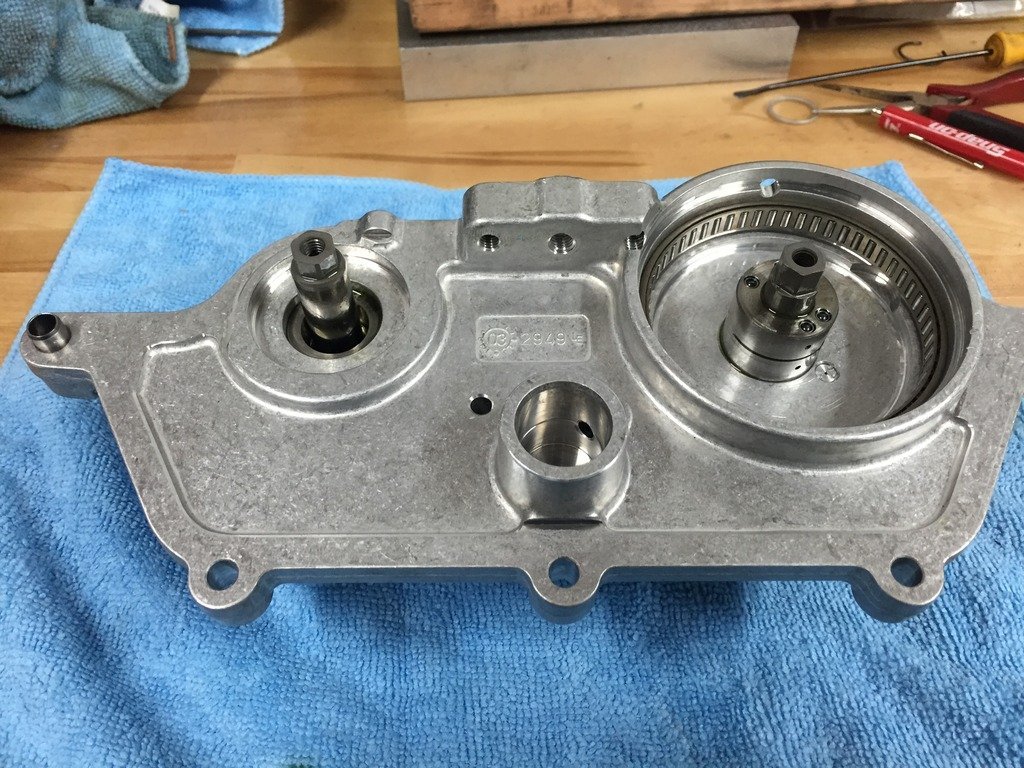 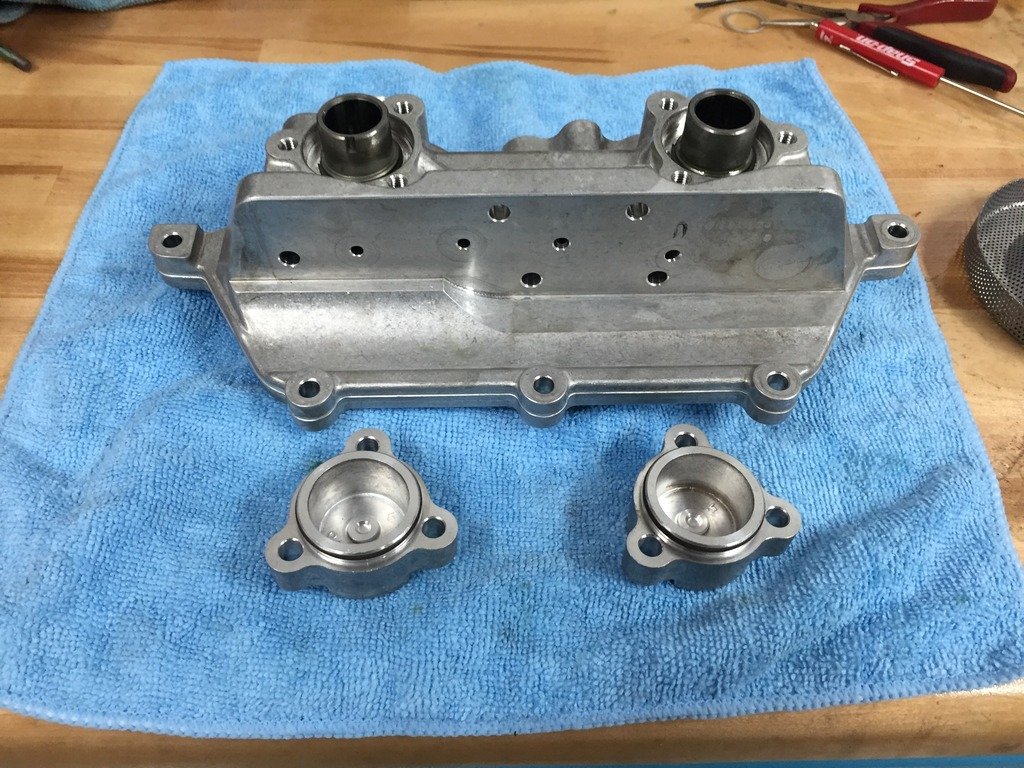 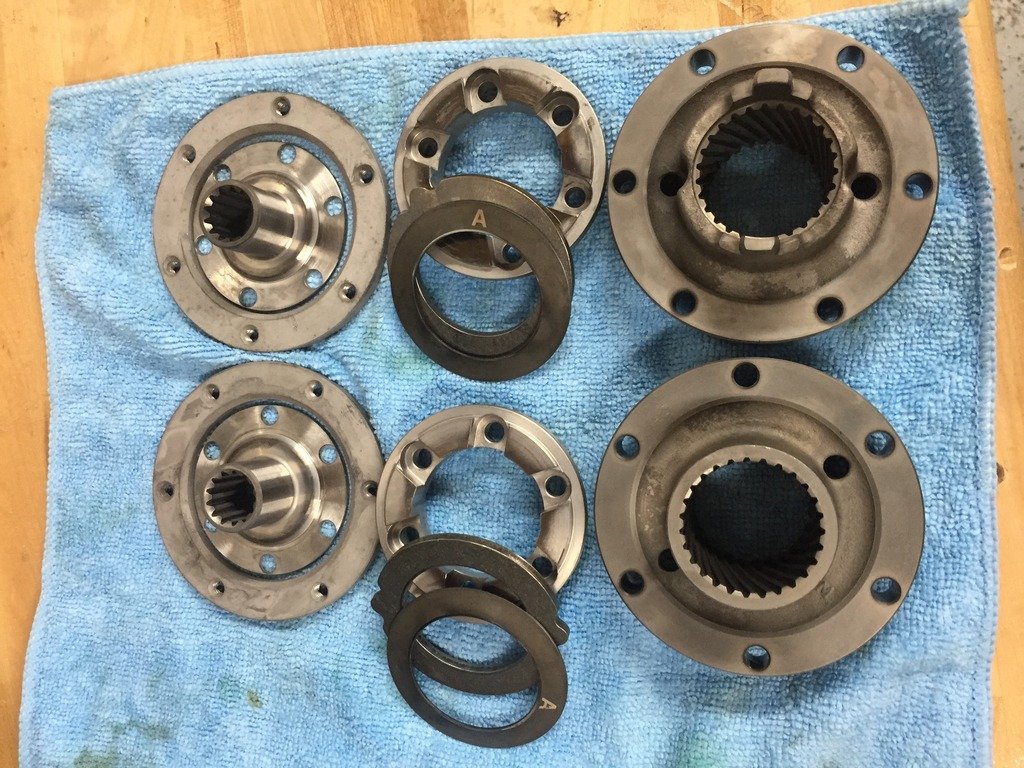 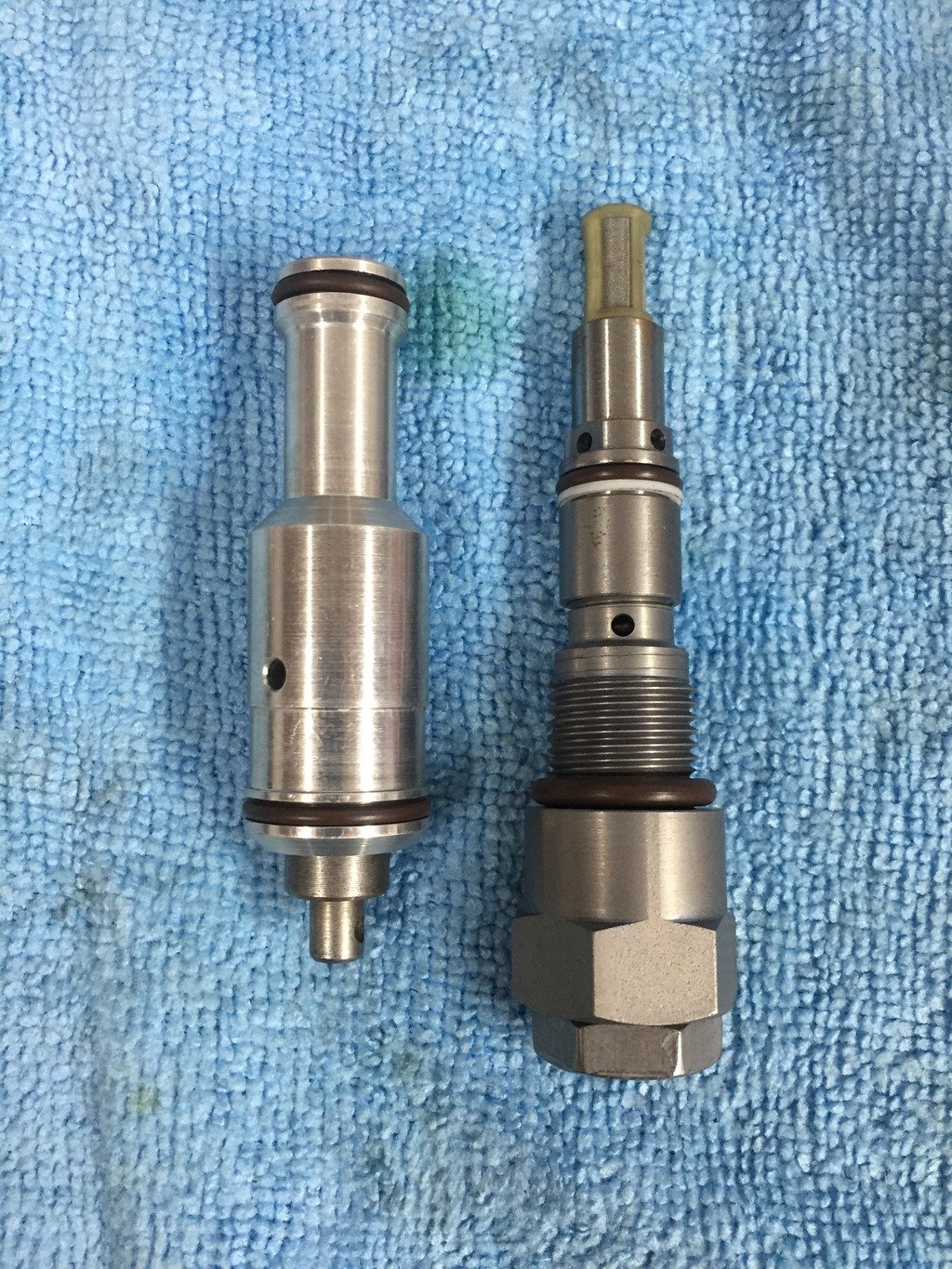 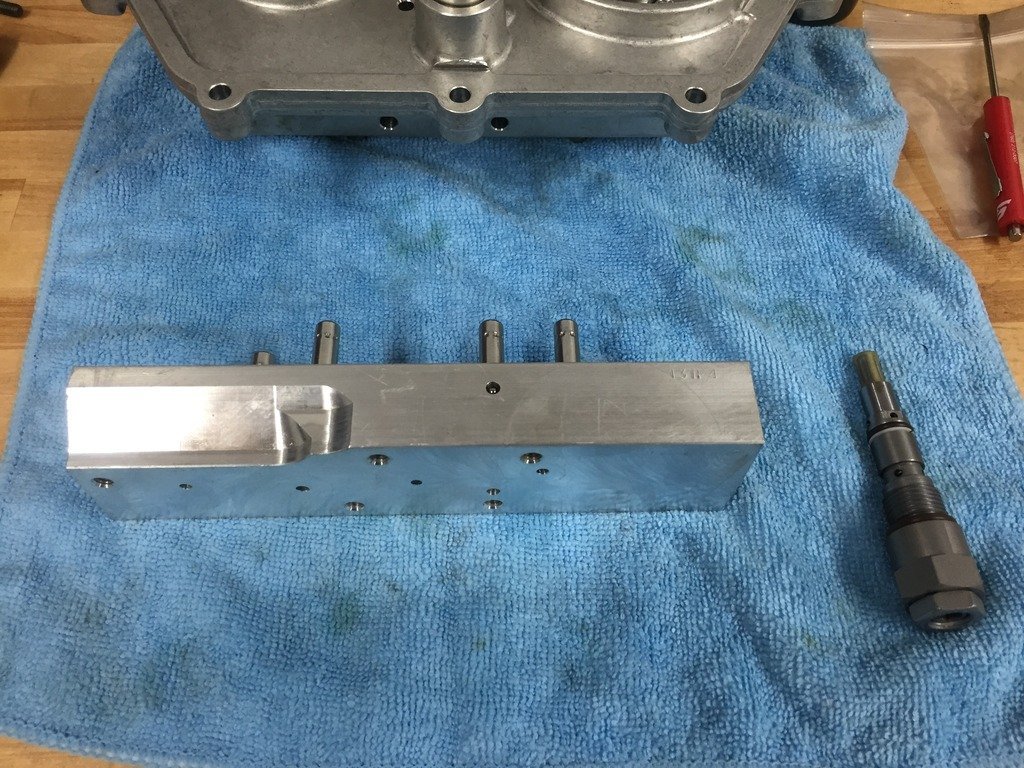 Now that everything is thoroughly cleaned it can be reassembled. Most people make mistakes here, cam timing on the S54 engine with VANOS can be complicated. Most of the time if we are repairing someone else’s previous work it is because of mistakes made with cam timing. We check cam timing thoroughly after we set it. We know from experience that it is not as easy as it sounds so we take great care to make sure the cam timing is set the correct way. We also use engine assembly lube wherever applicable. Since we clean all our parts through the ultrasonic it removes all the oil residue. That means we have to take care to make sure everything is well oiled or lubricated in some way upon reassembly. 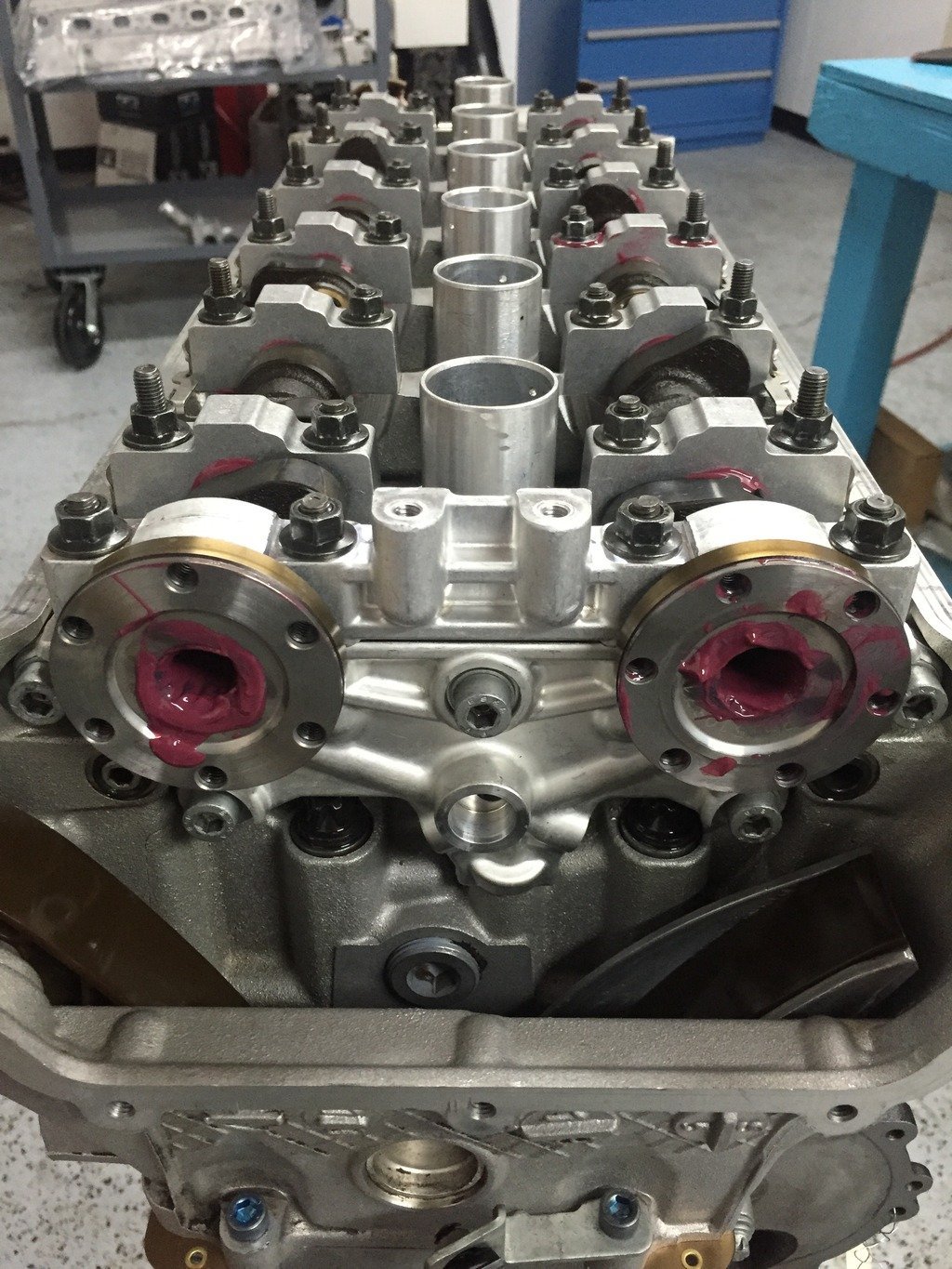 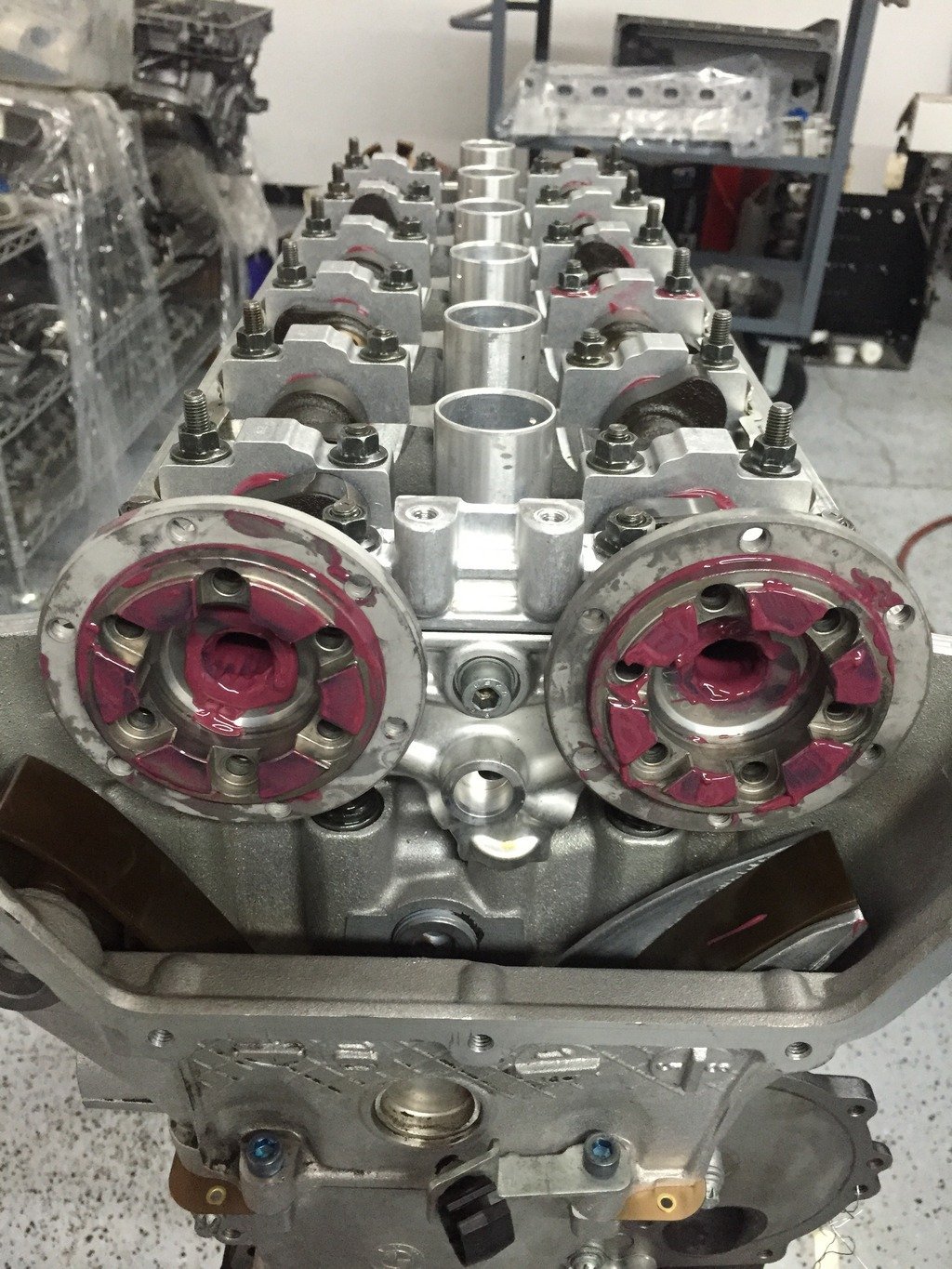 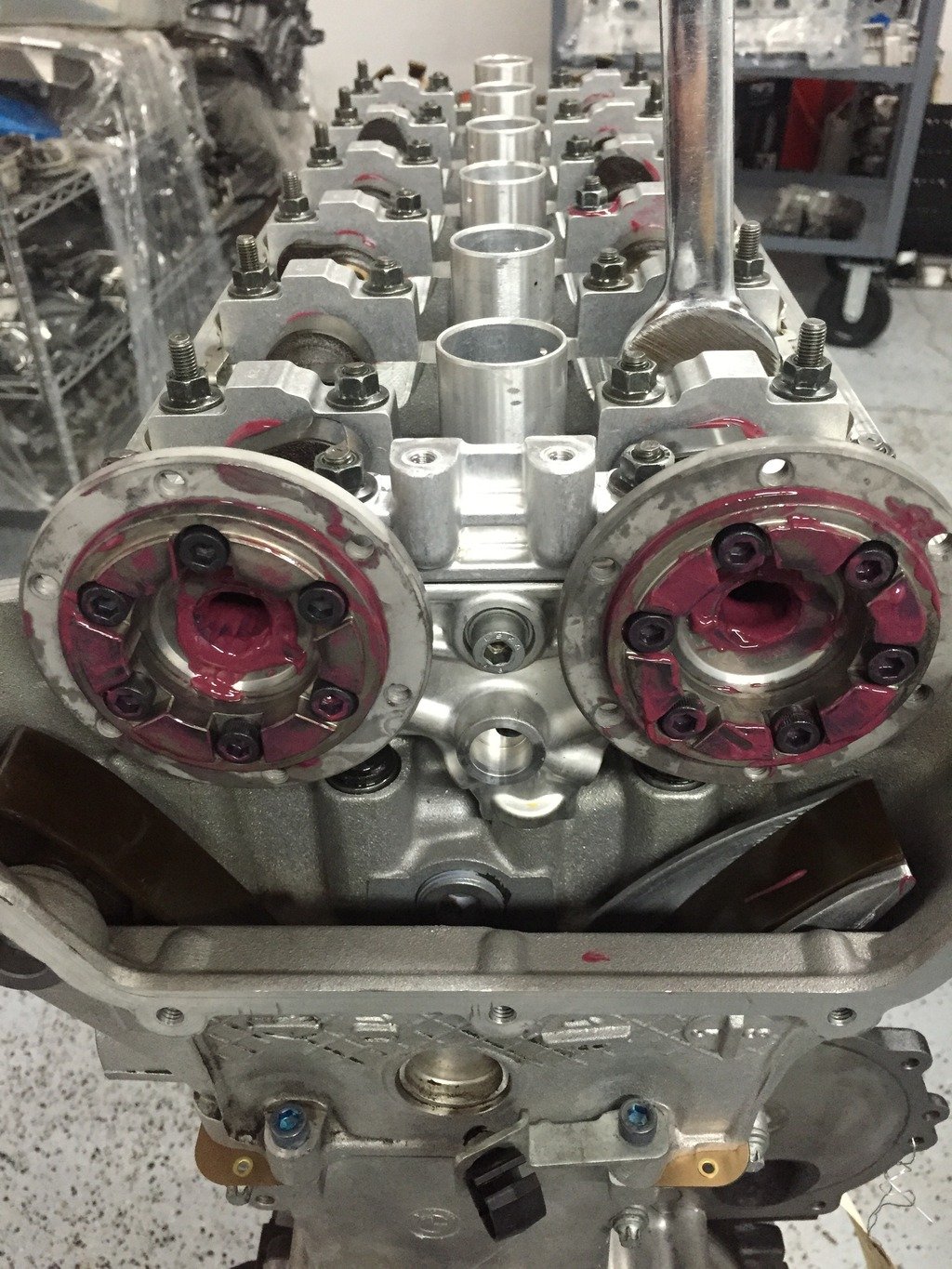 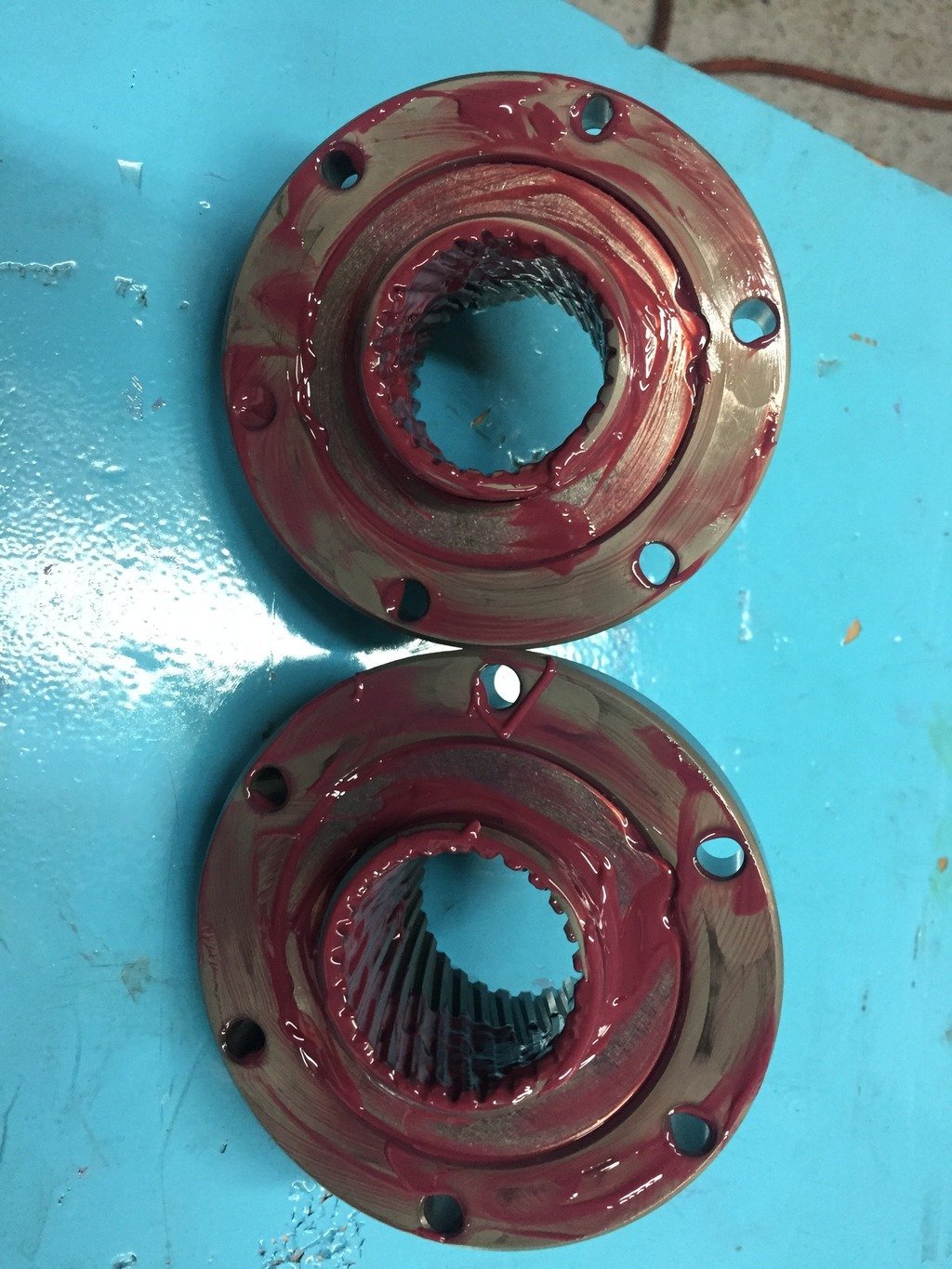 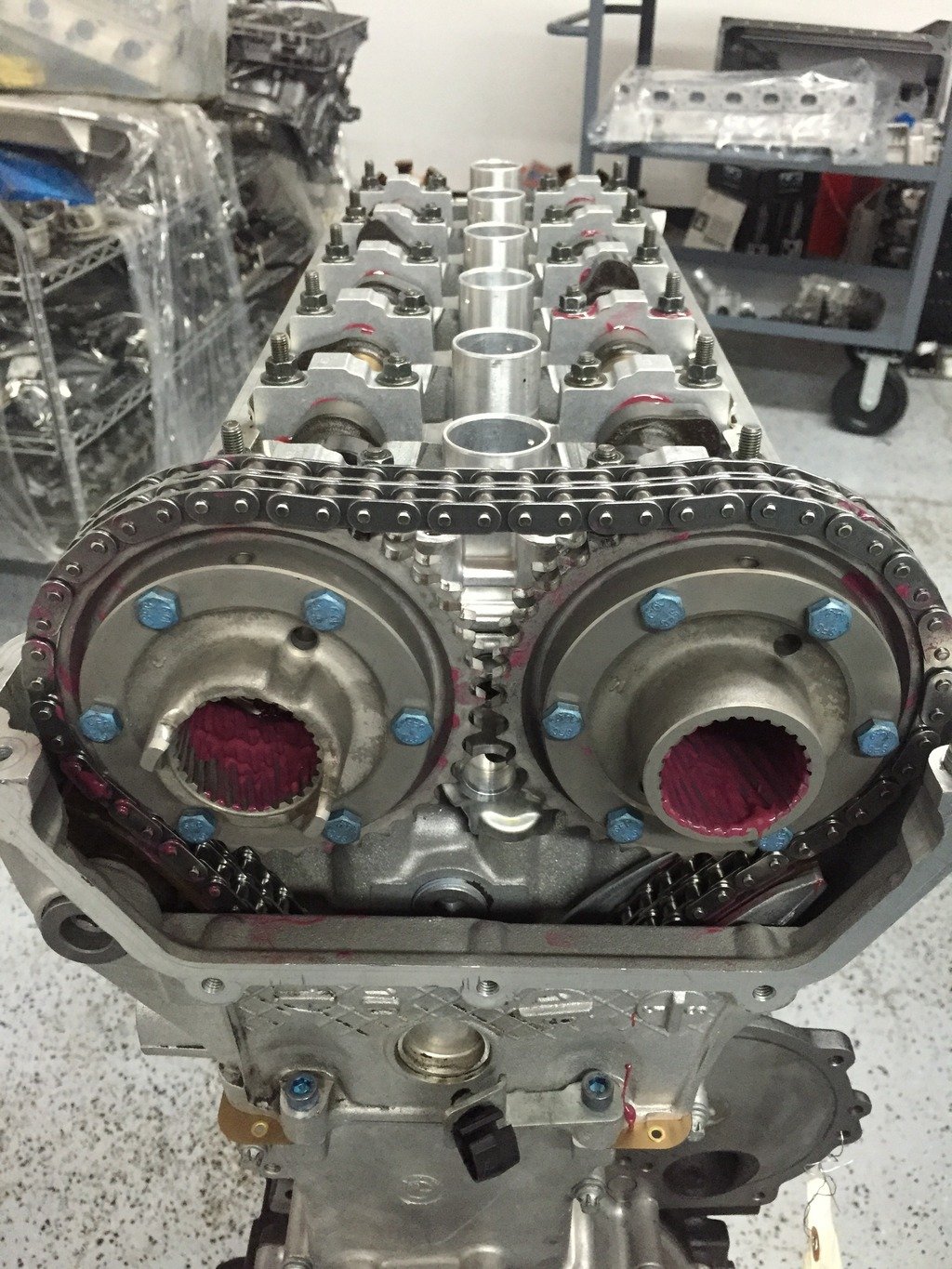 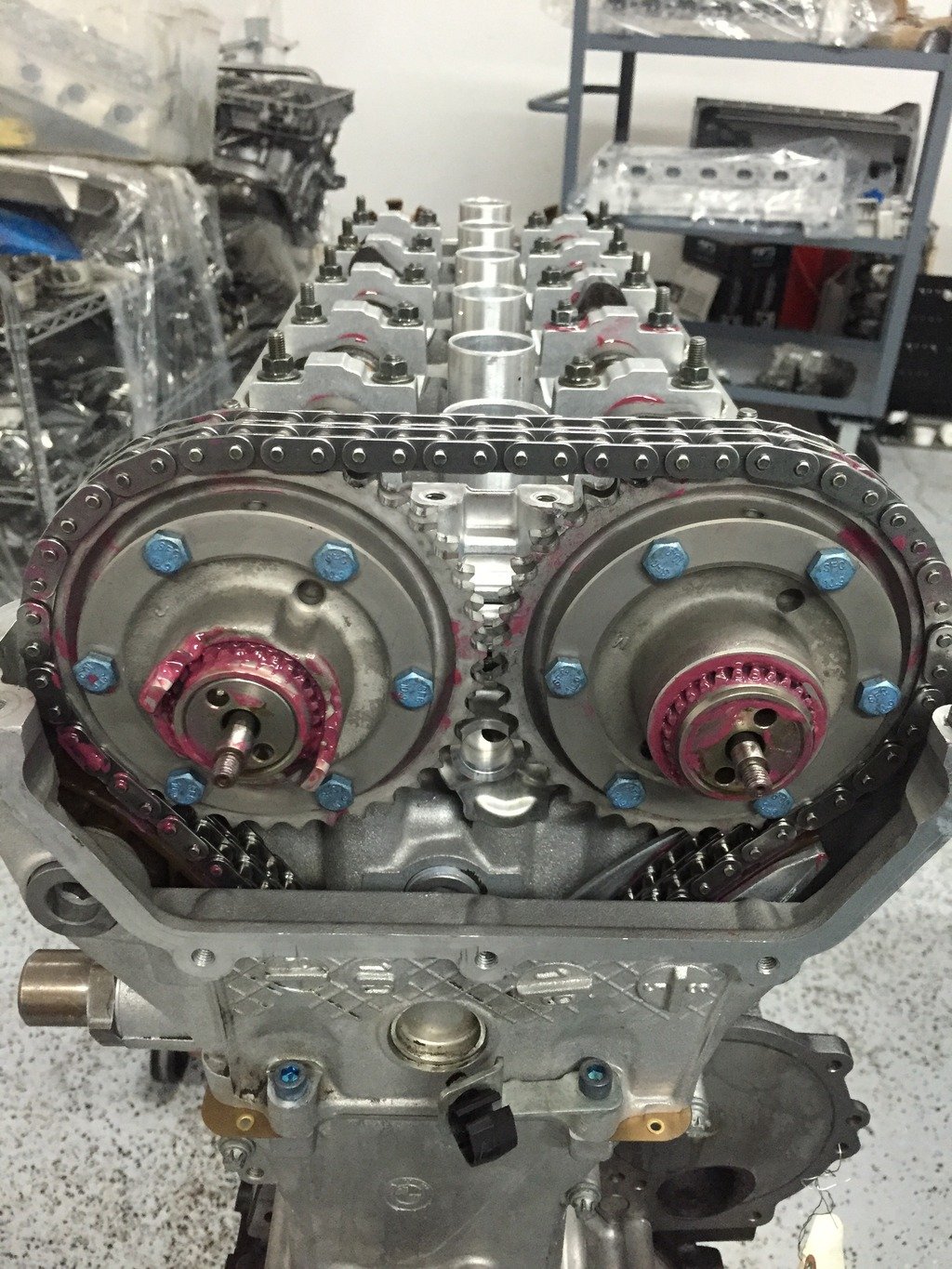 Once the VANOS is reassembled it is reinstalled. At this point the engine has usually sufficiently cooled to adjust the valves. We always adjust valves when we do VANOS work as it is fairly quick to do while the valve cover is off. Once the valves are adjusted and camshaft timing is verified we reinstall the valve cover and perform the “VANOS Test” once again to ensure that cam timing is correct and the unit is functioning properly with the new seals. Many people have said that the Beisan seals take time to break in but when we perform the VANOS test after doing our work the response times seem very low, always close to 200ms. 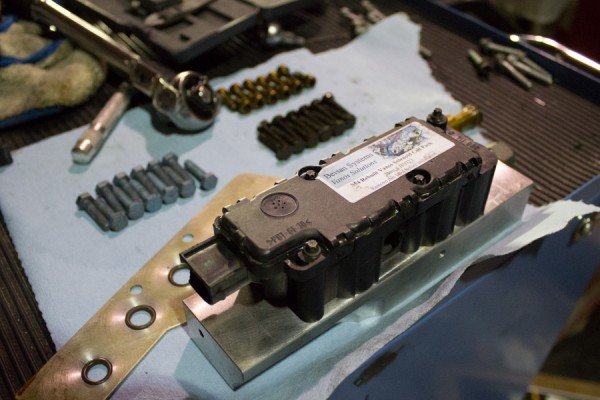 Please contact us to schedule an appointment to have your S54 VANOS service taken care of.