We had a customer come to us with the idea of adding a CSL airbox to his car and having a functional OEM flapper box. This flap opens up during the middle of the RPM range on the european CSL to increase air flow only when needed. This reduces some intake noise at low rpm and also seems to have a small effect in increasing low rpm torque. We knew that the AEM Infinity plug and play system would be able to control this although the flapper motor is operated using an h bridge which would make things slightly more complicated. The flapper box also is equipped with standard bosch throttle position sensor which we wired up to the Infinity using the 5v signal on the auxiliary connector. We then fed back the signal to the infinity through the same connector. We then had to check the voltage the sensor output on the Infinity software when the flap was fully open, fully closed, and anywhere in between. We used these voltages to create a “mode switch” table in the Infinity software and defined Mode 1 as fully open, Mode 2 as between open and closed, and Mode 3 as fully closed. The Motec DHB controller requires two inputs in order to know whether to open the flap, close it, or do nothing at all. We set up two high side output tables and wired them to the DHB controller with a 10k ohm pull down resistor to ground. This was required in order to bleed the voltage off the input signal wires when they were not at 12v. Without the pull down resistor the Motec unit saw enough residual voltage to think it was being activated. From there it was simple to set up the output table in the Infinity software for the HS0 and HS1 outputs as seen below: 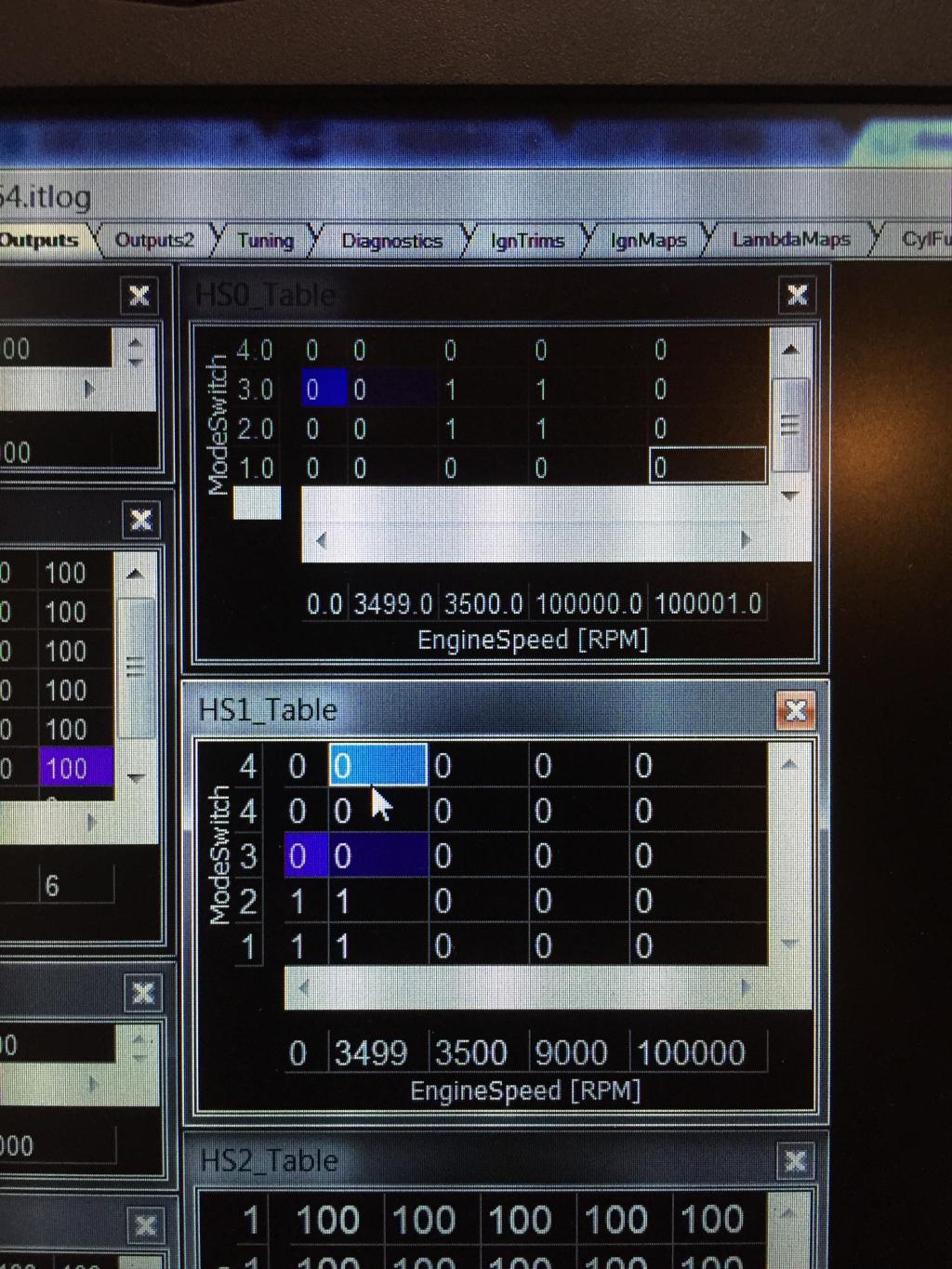 While that would indicate we should open the flap at 2500 rpm we decided to open it a bit later as the car is really only at full throttle once in a while and the torque reduction up until 4000 rpm at full throttle is very minor. So at part throttle we believe the flap will have an effect on increasing low end torque (at a small amount) by keeping air velocity high. In the future we will do some dyno pulls at part throttle to see how this graph changes when the load isn’t as high. We also want to investigate other ways to open and close the flap based on some calculation of actual air consumption or air demand that won’t result in constant opening and closing of the flap during shifting or other momentary transitions in demand.

Flap Opening and Closing on Output Screen of AEM Infinity: