In 1998 Porsche made the switch in its engine architecture to water cooling. The GT1 engine found its way into the 996 Turbo, GT3, and GT2 as well as the 997 models. The engines varied slightly but they all carried a similar design feature. The addition of water cooling was done using several externally mounted water manifolds. These manifolds were designed with pressed in aluminum fittings that were bonded to cast aluminum housings. The problem with this design is that over the course of time after repeated heat cycles (more commonly on tracked vehicles) the pipes tend to work themselves loose. When this happens the result can be catastrophic.

The coolant added in cars is particularly slippery, and when these coolant fittings work their way out of the cast manifolds a large amount of engine coolant gets dumped directly on the rear tires. This event in many scenarios can lead to a major accident, whether it happens on track or on the road.

For years many Porsche race shops have advocated removing the engine and welding these coolant pipes. Other shops have also suggested removing the engine but using a threading and pinning method instead. The cost for this service is quoted anywhere between 3500$ and 4000$. Unfortunately many owners find this cost to be quite high. Hearing the demand we began offering our pinning service without pulling the engine to offer our customers some significant labor savings.

Leaving the engine in the car makes it a bit more difficult access to drill, tap, and install pins/bolts. However, it saves a tremendous amount of labor time which saves our customers money. We take great care to reduce the amount of aluminum shavings that enter into the cooling system. Additionally we use a vacuum while we drill to remove as much aluminum from the cooling system as possible. Once we’re satisfied that we have removed any aluminum shavings from the inside of the coolant lines we finally install M5 hardware using Loctite 2620 to ensure they never back out or leak. Once the pins are installed and reassembled we fill the cooling system and dump everything out to get any residual aluminum shavings out of the coolant system.

Pinning the coolant lines in the car requires some very precise drilling and tapping and some special tools to do so. If the drilling is done by someone inexperienced the threads can end up too loose and create a leak down the road. We’ve invested in the special tools to do this in the car and save our customers thousands compared to the traditional method of pulling the engine.

On higher mileage Porsches it can be wise to do a water pump and thermostat replacement in addition to this pinning service. 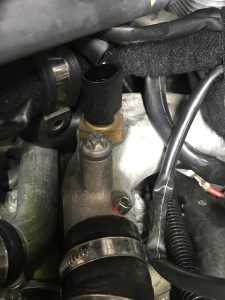 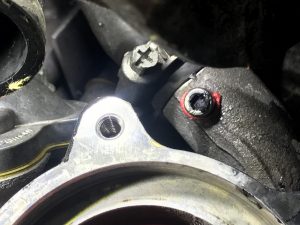 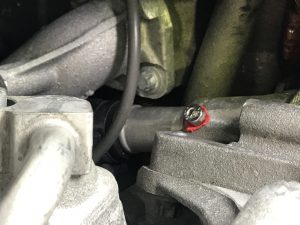 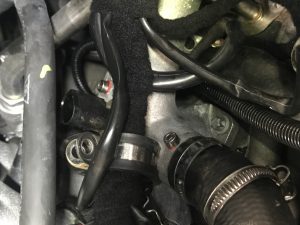 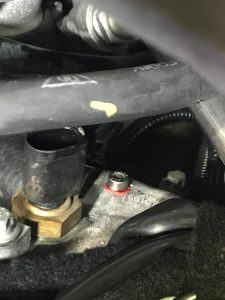 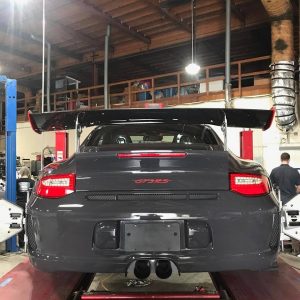